It’s been done. Another human life has been forcefully ended at the hands of his brothers and sisters.

And the beat goes on. Tonight Derrick Mason is scheduled to die by lethal injection in Alabama.

At the beginning of this year, there were 3,251 people on death row in the United States.

Are we safer because these people have died or are condemned to die? Or is this “culture of death” we’re perpetuating simply inspiring the worst in too many people? My guess is that for many who already feel no hope and no love in this unkind nation of ours, their own lives and the lives of others hold no appreciable value.

I have nothing more to say right now. I’ll quote Gandhi instead:

“I feel in the innermost recesses of my heart . . . that the world is sick unto death of blood-spilling.”

“Power based on love is a thousand times more effective and permanent than the one derived from fear of punishment.”

“The potential beauty of human life is constantly made ugly by man’s ever-recurring song of retaliation.”

“Love is the only force capable of transforming an enemy into a friend.”

Well. At 7:00 pm EST this evening, Troy Davis was not executed.

But this man was. I don’t see him on the list yet, but I’m assuming he is number 34 of those executed by the justice system in the United States this year.

Truly the crime he committed was despicable, horrific, and evil. As was the murder of Mark MacPhail, of which Troy Davis has been convicted.

But I stand by Gandalf’s words in my last post. Killing from hatred, from cruelty, from some evil passion, is wrong. But killing from a cold and calculated sense of justice, in my opinion, is also wrong.

James Byrd, Jr.’s son Ross Byrd agrees. In this article he said that “the execution of Brewer is simply another expression of the hate shown toward his father on that dark night in 1998. Everybody, he said, including the government, should choose not to continue that cycle.”

May Troy Davis live. And may the death penalty in every one of these United States finally die.

“Many that live deserve death. And some that die deserve life. Can you give it to them? Then do not be too eager to deal out death in judgement. For even the very wise cannot see all ends.” – Gandalf, in J.R.R. Tolkien’s Lord of the Rings trilogy 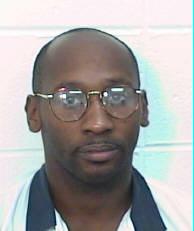 The execution of Troy Davis is scheduled for tomorrow, slating him to be next after 33 people who have already been executed in the United States this year.

Some – including notable public figures such as Pope Benedict XVI, Desmond Tutu, and Jimmy Carter – say there is too much doubt in Troy Davis’s case, that our justice system may likely be killing an innocent man. The prosecuting attorney says differently, in this CNN article in which he was interviewed. I found the last quote especially interesting –

“Lawton [the prosecuting attorney] said he’s against mob justice of any kind.

“‘Would it be different if all these people were agitating to have someone executed? The criminal justice system should cow in the face of that kind of mob action? No, we would all say no,’ he said. ‘That’s not the way the system is supposed to operate.'”

No, the system is supposed to operate coldly and correctly, immune to human whims and emotions. I know.