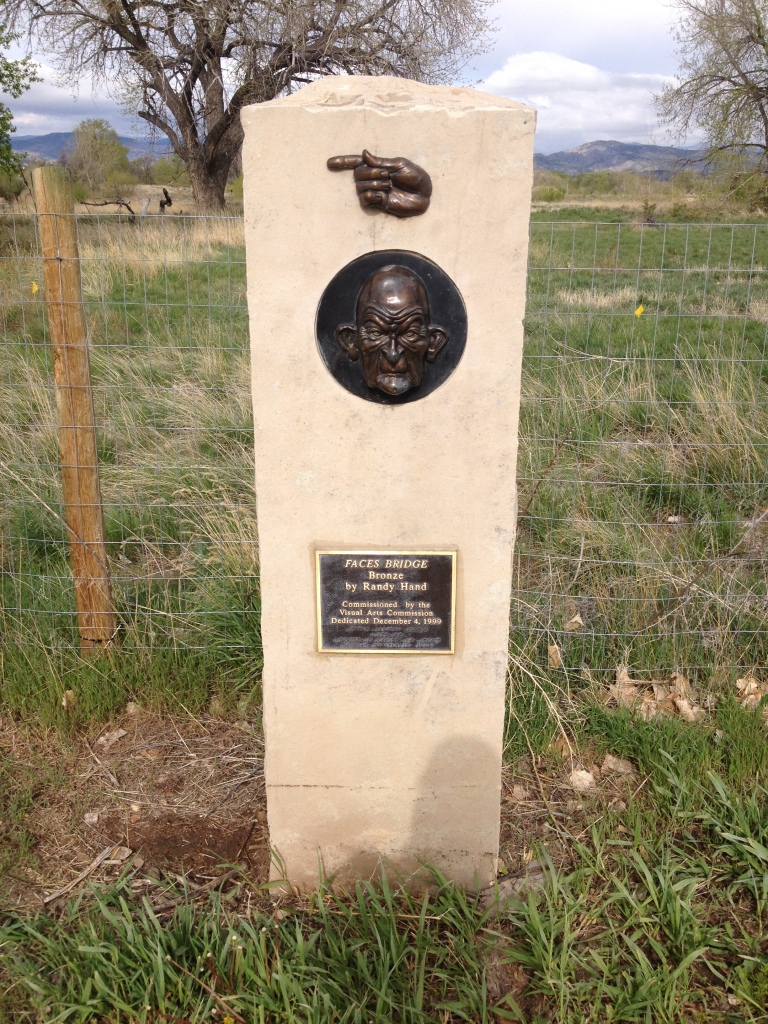 Day 30 in my “Leaving Loveland” challenge. 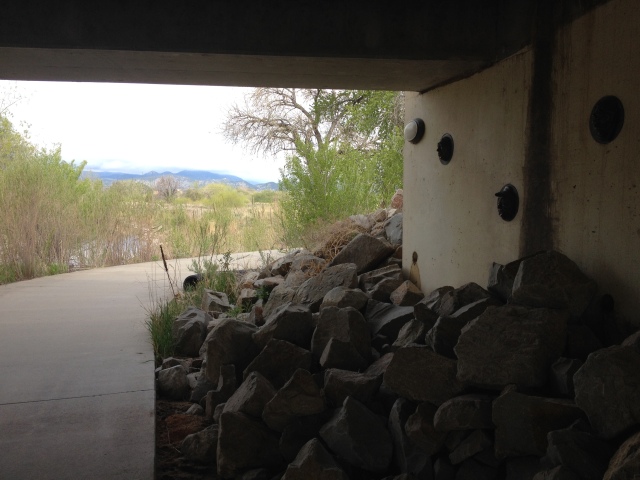 Loveland has an extensive recreation trail that loops the city, with only a few incomplete segments and plans to connect them. Unfortunately, repairing the trail had to take priority over extending the trail after the 2013 flood. And finally, today, one of my favorite sections was open again. 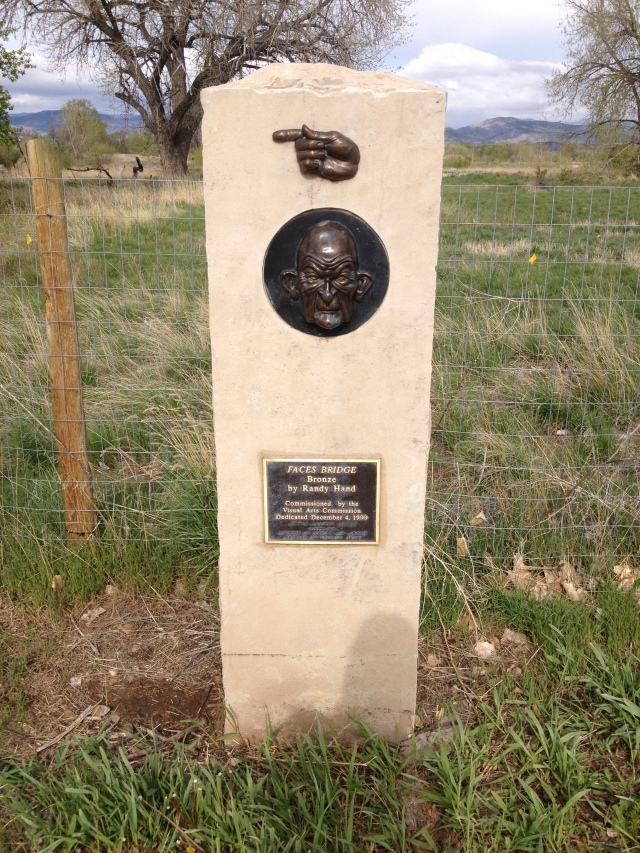 I only saw Faces Bridge once or twice before today. We moved here in late June 2013, and I explored the trail and discovered these sculptures under the bridge that summer. Then in September came the flood, and this section of the trail including the pedestrian bridge over the river was destroyed.

So it was a pleasant surprise when I went running this morning and discovered it was open again at last.

A closeup of two faces on the outside of the bridge (yeah I think that’s an alien on the left!):

I also love seeing these swallow nests under bridges along the trail.

Here’s a closer view of some:

And an over-the-shoulder look from the sidewalk on Wilson Avenue, where I got off the trail to loop back home. 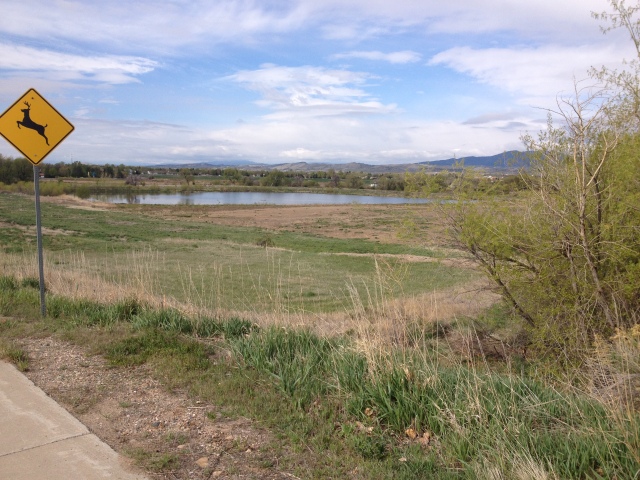